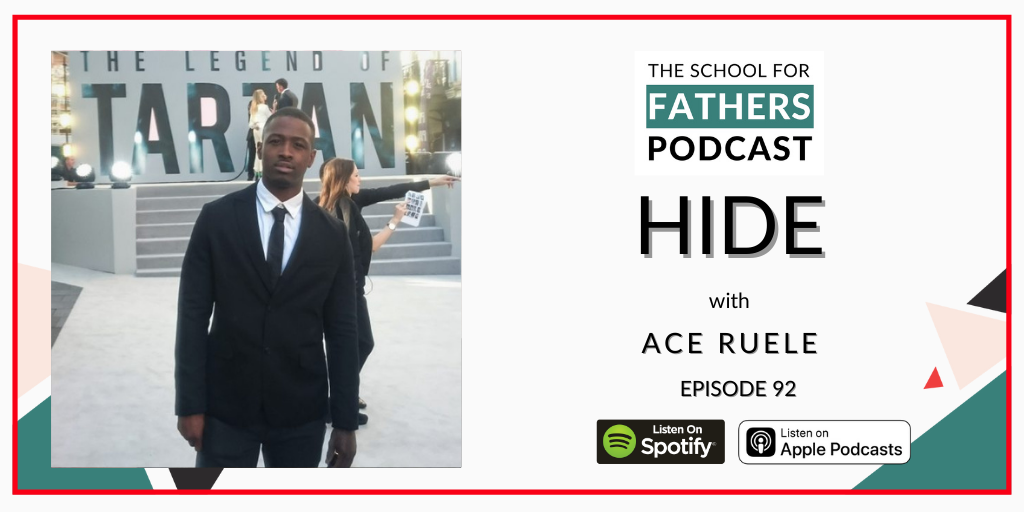 What’s the impact of needing to HIDE your true self to survive? In this ep I’m joined by Ace Ruele; actor, mentor and coach. We discuss proving extreme masculinity, Ace’s time in prison and fear. Ace and I also explore the importance of showing young men different ways of relating to themselves and others; and his performances with The Chocolate Men

By the time Ace was 15, he had dropped out of school and never went on to complete his GCSE’s. The following year, Ace received his first conviction for GBH and carrying an offensive weapon. Ace escaped going to prison because the judge felt there was still time for him to mature, so instead of prison, he was sentenced with 100 hours of community service, a fine and a year on probation. By this time, Ace had already left home and was completely immersed into a criminal lifestyle.

After four and a half years, Ace was finally released from prison (April 2012), 5 months after his original release date, this was due to immigration reasons. Before he was released from prison, Ace knew that the criminal lifestyle wasn’t for him and was determined to prove to himself and others, that even with a criminal record it would not stop him from achieving his goals of becoming a successful actor. Ace lived up to his expectations and within two years he landed his first established acting role, as a motion capture actor for the Hollywood film, The Legend Of Tarzan, without the aid of an acting agent. During his freedom, Ace spent a majority of his time rehabilitating and nurturing himself. This was achieved through daily intensive physical training and countless hours of self studying in subjects such as, psychology, epigenetics, metaphysics and spirituality. Ace now delivers a range of workshops to influence the younger generation to make the best choices for their life.