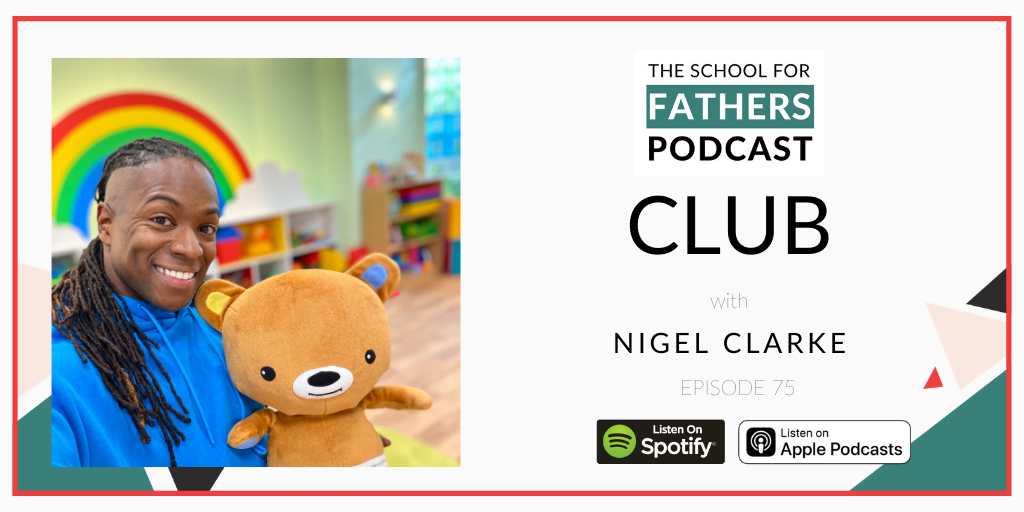 What’s does “hands on” fatherhood mean to you? My guest today is TV Presenter and Founder of Dadvengers, Nigel Clarke. We explore superheroes (yes, really), the success of The Baby Club, part-time work for fathers and how the conversation about parenthood needs to move forward.

About my guest, Nigel Clarke:

Nigel was born and raised in London to Caribbean Parents. Since January 2019, he has been at the helm of the hugely successful programme “The Baby Club” on CBeebies, which was described by The Guardian, as ‘a TV godsend for frazzled new parents’. Alongside Giovanna Fletcher, he leads babies and their parents in charming songs, games and calming storytime. Following on from the success of The Baby Club, Nigel discovered the lack of information and support for dads and started Dadvengers.