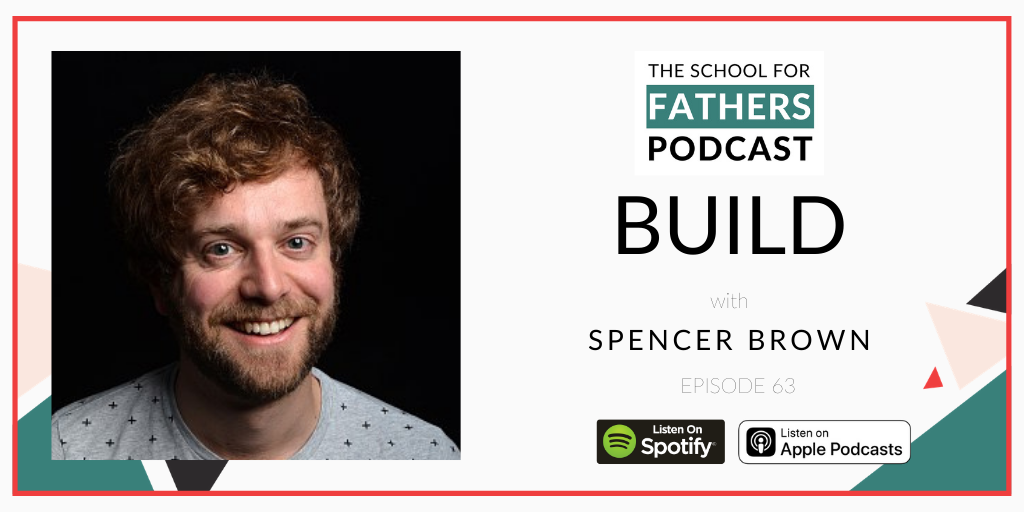 How to BUILD a new version of masculinity that makes sense in the modern world. My guest this week is Spencer Brown, amongst lots of things he’s the author of “The Rebuilding of Tom Cooper” and “The Lockdown Diary of Tom Cooper”. In this episode, we explore how exactly to build a new type of masculinity plus building a life around our talents.

Spencer Brown started life as a stand-up. He cut his teeth doing sketches with the Cambridge Footlights, and since then he’s performed everywhere from London’s Comedy Store to LA’s Comedy and Magic Club and UCB Theatre, as well as appearing internationally as far afield as Slovenia and Mumbai. Stand Up then led to presenting and acting. Spencer also writes, both screenplays and novels.

His debut novel The Rebuilding of Tom Cooper (‘a joy-seeking missile’ Richard Ayoade, ‘Philip Roth meets Cold Feet’ Helen Lederer) was out last year and became a Kindle top 5 bestseller, and the stand-alone sequel The Lockdown Diary of Tom Cooper (‘so very funny’ Jenny Colgan) came out this November to a fantastic reception. To pay the bills, Spencer also works as a freelance creative director for advertising firms and voice over artist.