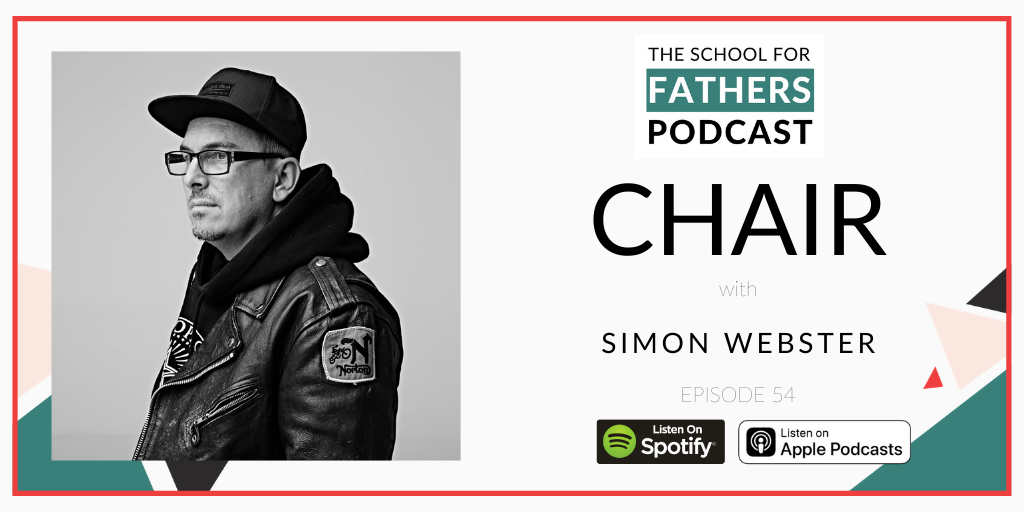 We’re heading behind the scenes of life as an award-winning hair stylist and father. As an International Session Stylist and Creative Director of Simon Webster Hair, Brighton, Simon splits his time between the salon, session-styling for magazines, backstage at London, Milan and Paris Fashion Weeks and mentoring developing talent.  I explore with Simon what being behind the CHAIR is like, plus how we’re all the CHAIR of our own lives.

P.s. Simon’s anecdotes are well worth a listen!

Simon Webster has worked in the hairdressing industry for 36 years. He developed his skills styling for the fashion and music industries before opening his own salon in 2012 – Simon Webster Hair in Brighton – with wife Sophie. The salon has won numerous awards including UK Ultimate Salon and Best Newcomer.

Simon splits his time between the salon, session-styling for magazines, backstage at London, Milan and Paris Fashion Weeks and mentoring developing talent. He’s worked with over 70 designers, styled for Vogue, Tatler and Love Magazine as well as a host of celebrities and musicians. He brings his experiences in session-work back into the salon to inspire, inform and innovate both his team and clients. An alumni of Brighton MET, he was presented an honorary award in recognition for his achievements in his industry and his ongoing support of the college students. But he cites his most rewarding experiences in hairdressing as the work he does with his clients post-chemotherapy, selecting and cutting wigs as well as working with them to reclaim their style after hair loss.

Outside of the hair world, Simon is also a proud father of four, grandfather of one and a keen cyclist and vinyl collector. Born and raised in Brighton with English-Hungarian parents, he has a loyalty and passion for the City, it’s independent stores, laines and creative industries.