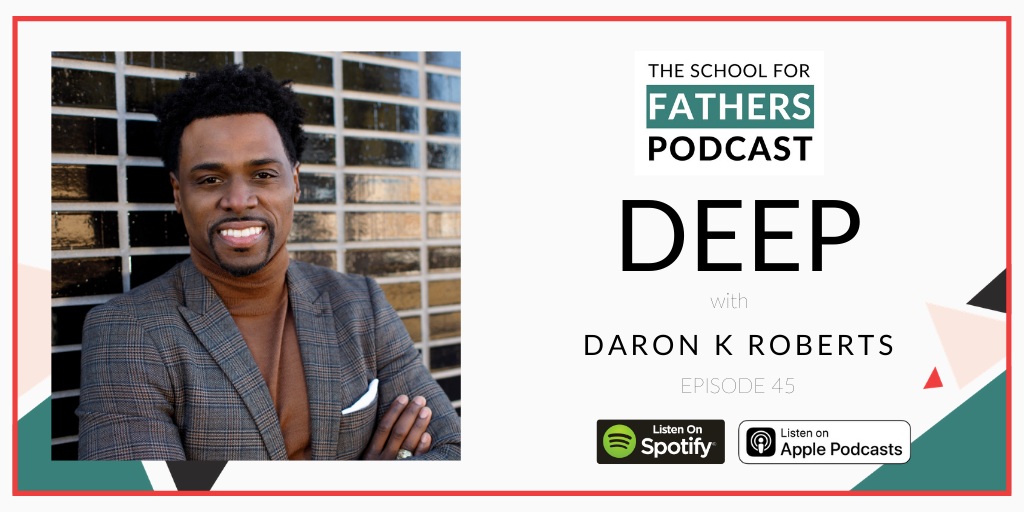 How DEEP are you willing to go? Former NFL coach and author, Daron K Roberts joins me for an episode where we explore: keeping ourselves accountable, embracing self-forgiveness, and allowing time to be alone with yourself. A true all rounder, Daron is also the Founding director of the Center for Sports Leadership & Innovation (CSLi) at the University of Texas where his passion for sport and business meet.

Daron K. Roberts, @CoachDKR, is a former NFL coach and author of A Kids Book About Empathy and Call an Audible. Call an Audible was named a #1 New Release and Best Seller by Amazon and Sports Illustrated selected the book as one of its “Best Sports Business Books of 2017.”

As a highly sought after transition coach, Daron works with executives and elite athletes on strategies they can use to wage war against their status quo.

Roberts also serves as founding director of the Center for Sports Leadership and Innovation (CSLi) at the University of Texas. He created CSLi in the fall of 2014. The Center is the first university-based institute dedicated to developing leadership and character curricula for high school, collegiate and professional athletes. Through the Center, Roberts teaches a course – A Gameplan for Winning at Life– to incoming freshmen student-athletes. In January of 2018, the Center received the commitment and financial support of NBA All-Star, Kevin Durant.

Roberts holds a faculty appointment in the Liberal Arts Honors Program. He has received the Silver Spurs Centennial Teaching Award, Creative Engagement Award and was named a distinguished faculty member by the School of Undergraduate Studies in 2015. His research revolves around issues of rejection, failure management and leadership.

After graduating from Harvard Law School (2007), Roberts served coaching stints with the Kansas City Chiefs, Detroit Lions, West Virginia Mountaineers and Cleveland Browns. He holds a B.A. in Plan II Honors and Government from the University of Texas (2001) and an M.P.P. from Harvard’s Kennedy School (2004). In 2010, Daron launched a nonprofit football camp – 4th and 1, Inc. 4th and 1 provides free SAT prep, life skills development and football training to at-risk youth in Michigan, Texas and Florida. The camp has served nearly 500 student-athletes since 2010.

The Presidential Leadership Foundation – a joint venture between Presidents Bill Clinton and George W. Bush – tabbed Roberts as a Presidential Leadership Scholar for 2015. He was one of 60 members in the inaugural class. Roberts has been featured in ESPN the Magazine, Bloomberg Businessweek and Sports Illustrated. His articles have appeared in The Dallas Morning News, Fortune, Houston Chronicle, and Time.