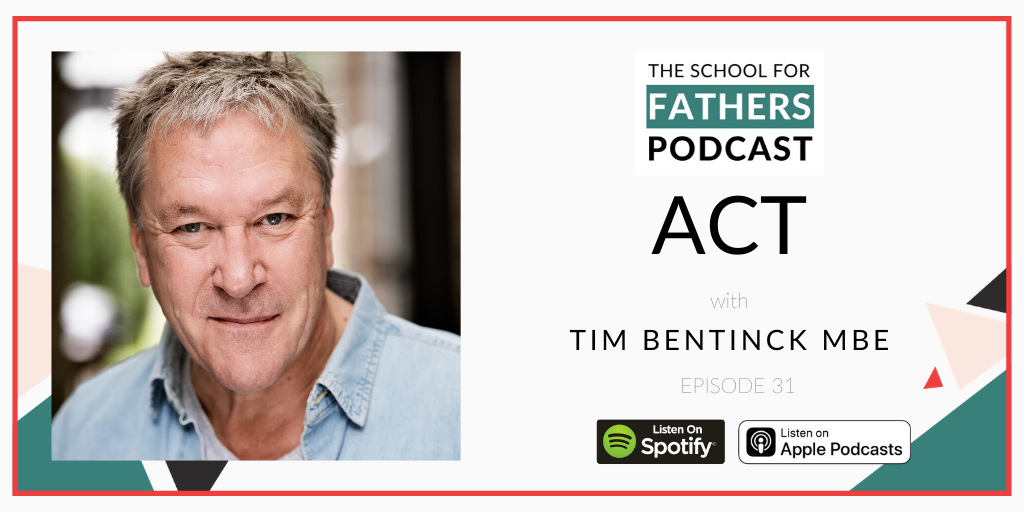 ACTions speak louder than words. In this ep I’m joined by Tim Bentinck MBE. Whilst best known for his 38 year long role as David Archer in Radio 4’s The Archers – Tim’s a true multi-hyphenate. In this witty episode we get into being an Earl (yes- really), fatherhood, famous friends and so much more.

Click here to listen to Tim’s first episode of The Archers in their new Coronavirus format.

Best known as the voice of David Archer in the BBC Radio series, The Archers, which he has been playing for 38 years, Tim is also an accomplished stage, film, radio and television actor. From the swashbuckling Tom Lacey in the 80s series By The Sword Divided to starring with David Jason in 2012’s The Royal Bodyguard, he has recently featured in Twenty Twelve, The Politician’s Husband, East Enders, The Thick of It, Gangsta Granny, The Game, Rillington Place, Fantastic Beasts and Where to Find Them, Reg, The Last Post and The Crown. He starred as a bank robber in the film, Locked Up which won Best Short Film at the Lanzarote Film Festival.

He is a top voice artist and dubbing specialist, also an inventor, writer, travel journalist, computer programmer and musician. He studied Modern Languages at Harrow School, History of Art at the University of East Anglia, and trained as an actor at the Bristol Old Vic Theatre School.

As himself, Bentinck has appeared on Call My Bluff, won a round of University Challenge, Celebrity Mastermind, Pointless Celebrities and beaten Judith Keppel on science in Celebrity Eggheads! His autobiography, Being David Archer – And Other Unusual Ways of Earning a Living was published in 2017. He was made MBE for Services to Drama in 2018. Tim lives in London with his wife Judy, a leading hat designer, and has two sons, Will, 36 and Jasper, 32.